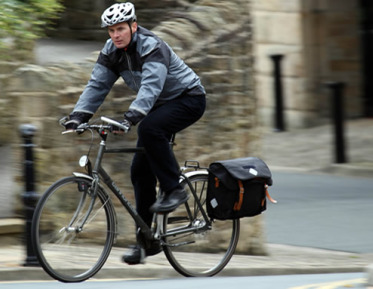 Carradice have been making saddlebags and panniers for more than 70 years in Nelson, Lancashire. In the early 1930's Wilf Carradice made a saddlebag for himself and discovered it was far better than anything else available. Friends soon asked for copies and throughout the 40's and 50's Carradice bags were the choice of every hard riding tourist.

By the 70's Wilf was wanting to retire and passed the reigns to Neville Chadwick, a keen cyclist who saw the potential for quality made cycle bags.

In the last twenty years Carradice kit has probably been the choice of more worldwide cycling expeditions than any other.

All Carradice products are hand-crafted in their factory in Nelson, Lancashire, which is still in family hands, and every bag is signed by its maker.

CycleStyle are the exclusive online retailer for Carradice in Australia. If we don't stock what you're after, we can try to get it for you.