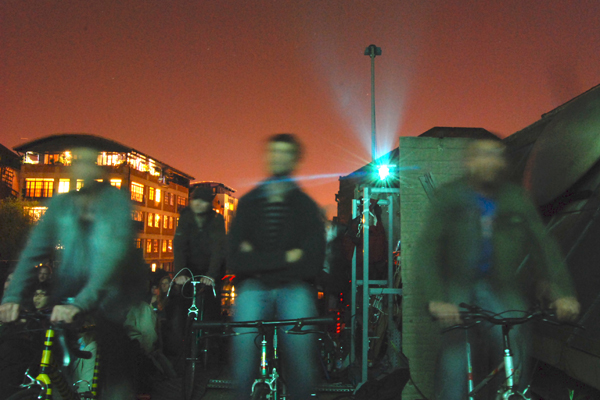 Magnificent Revolution is a not-for-profit education project based in London.

The organisation has been running since the summer of 2007 when they first built a bicycle powered cinema at the Big Chill Festival. MR uses bicycle power generators as educational tools in schools, colleges and communities to help people understand their energy use, its links with power production and climate change.

One of their projects is Cycle-In Cinema. Magnificent Revolution build bike-powered cinemas, from the full Magnificent Cycle Cinema system which uses up to 8 bicycles / 16 legs to power 600W of audio visual equipment for public film screenings or projections to the Pop-up LED Cinema which just 2 bicycles. In 2011, they want to put together 3 free regular Cycle-In Cinemas all over London. A new 10-bike generator will be built as a resource to be lent out to small organisations, schools and charities.