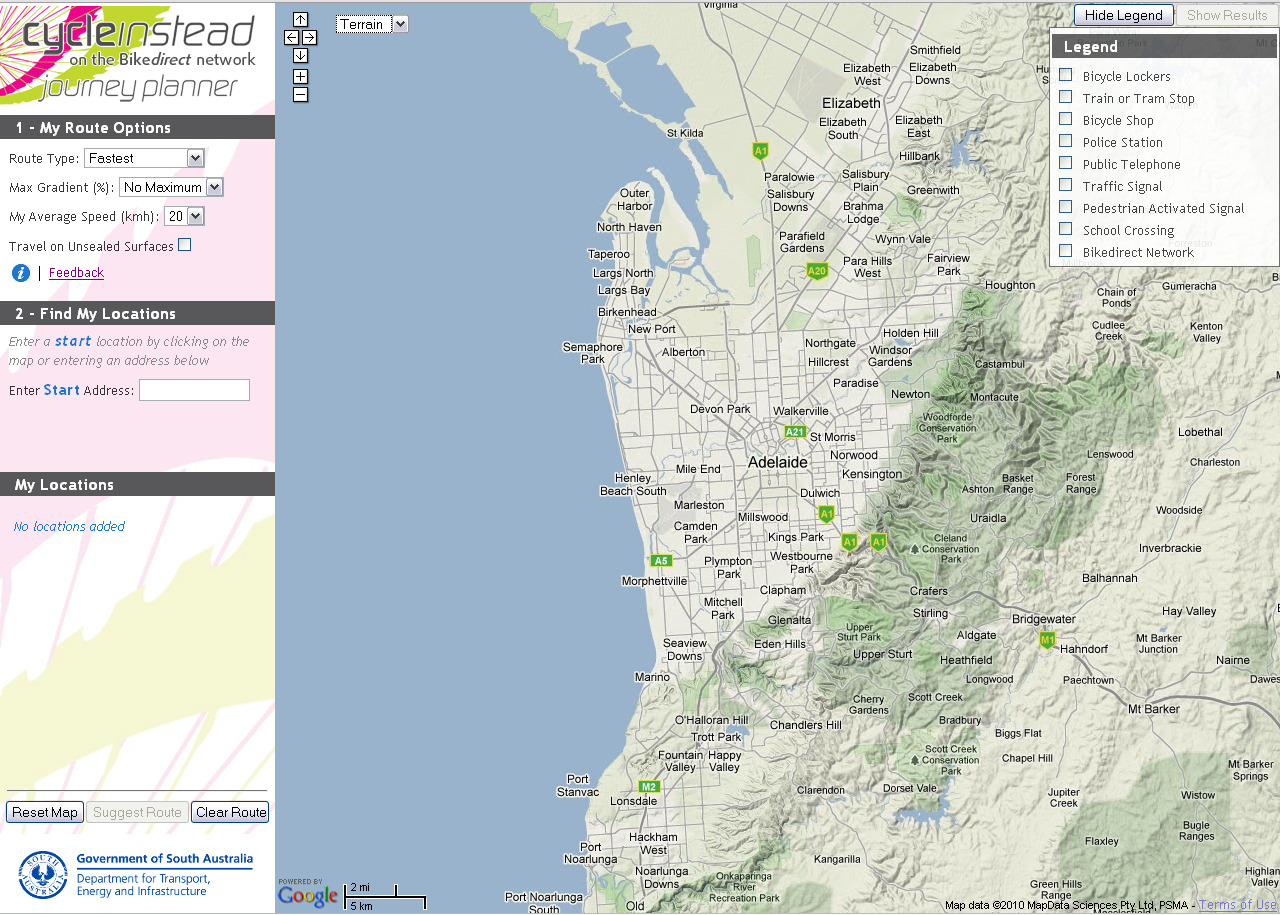 In the world of bike advocacy, we think that one of the key ways to encourage people to cycle is to point out that it’s often quicker and easier for them to get from A to B by bike.

So huge kudos to the South Australian Department of Transport, Energy and Infrastructure for developing an extremely useful online cycling trip  planner ”Cycle Instead’‘. The tool allows you to choose:

Finally (and we think this is particularly awesome) the map can show you the locations of bike lockers, public transport stops, bike shops, public phones and other useful information.

Then if you want you can just print out the turn by turn instructions and the map.

A simple yet effective step to get Adelaide pedalers all thinking about why they shouldn’t ‘cycle instead’. Now, for other cities to catch up….