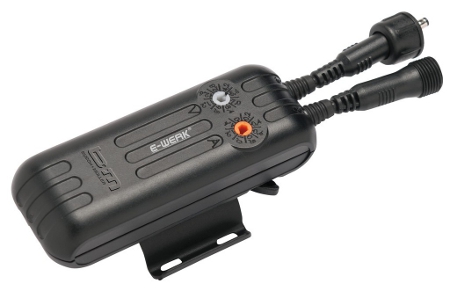 Our friend B has the awesome idea of one day powering the electricity in gyms by harnessing the energy of gymgoers as they bike, row and run on the treadmills.

E-Werk is almost something similar- it’s a charger from Germany that powers your gadgets with your bike. Basically, you strap E-Werk onto your bike, and start pedalling. Using the power of your movements, the generator produces electricity, which then transfers to the E-Werk. You can then plug in your phone or iPod into it, and voila, charged up batteries.

Nokia has also recently launched a bike-powered phone charger (presumably only for Nokia phones) which will go on sale at the end of the year.

Now you can become your personal power source!